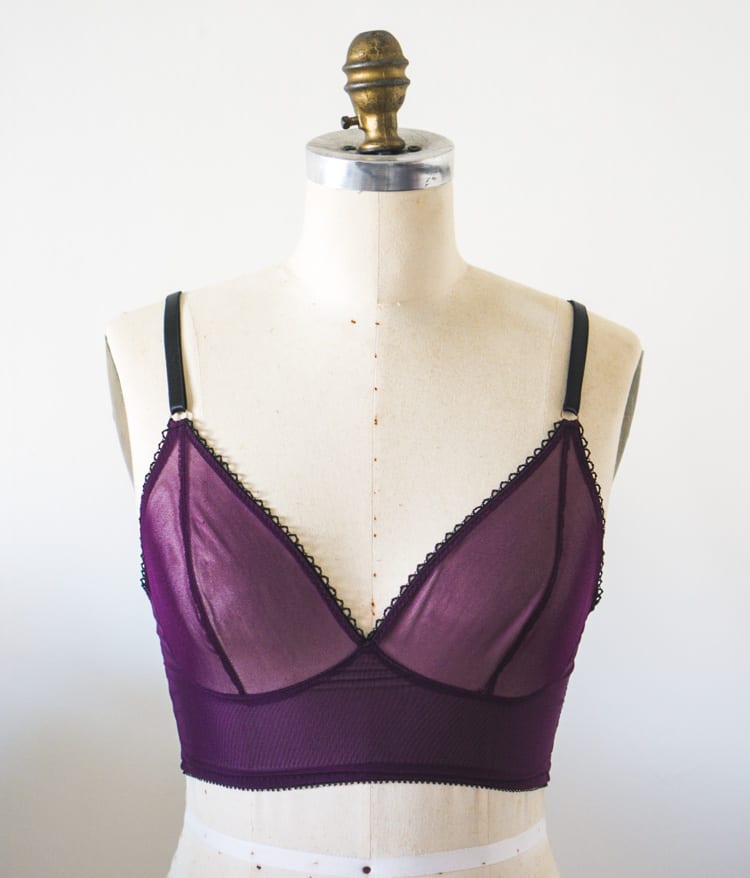 Let’s take a little sewalong break, shall we? Because today I saw that Amy at Cloth Habit finally dropped her new pattern and I couldn’t wait to show you my new Watson Bra!

Amy is the reason I started making my own lingerie; her bra sewalong last year was so detailed, thoughtful and smart, and I seriously cannot get enough of her colour sense and design aesthetic. We share a love for 1970’s style, in particular the sexy, insouciant glamour of 70’s lingerie, so I was super elated when I heard her first pattern was inspired by this period. Full disclosure: Amy and I are pals. We’ve been there for each other over the last few months, since pattern-making can be a lonely and frustrating business from time to time. It’s been lovely having someone to talk about crotch curves with, share information, and in general be an encouraging support system when needed.

I was sort of an informal tester for this pattern. After I launched Ginger, I needed a break from making jeans so I asked to have a sneak peak at Watson to give my hands a denim break. I haven’t made any new bras in a while and everything I have is getting a little raggedy; perfect timing to make an easy, breezy bra doncha think? 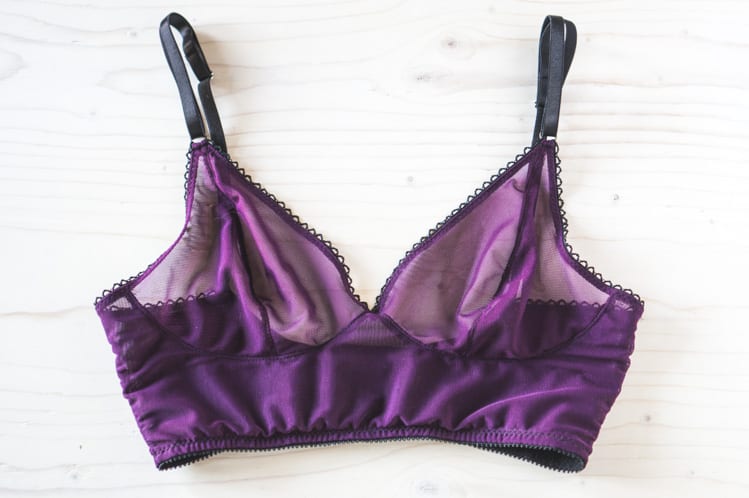 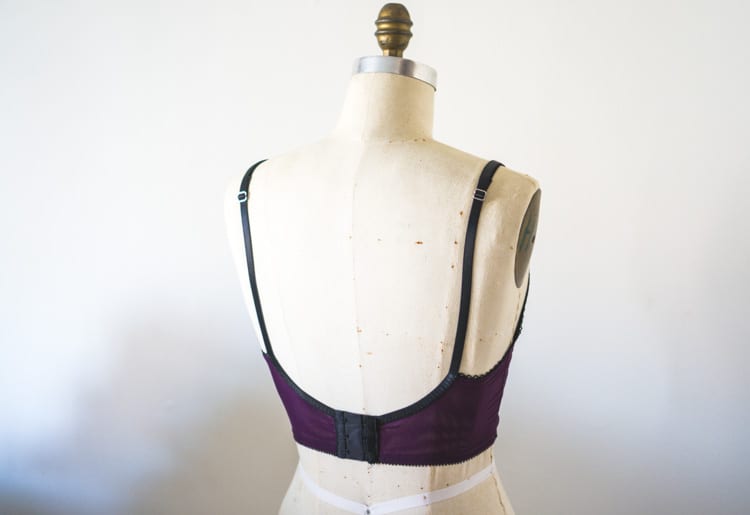 I have been stockpiling lingerie fabric and notions for the last year, so thankfully I had everything I needed to make Watson in my stash. I chose a purple mesh, a pretty scalloped elastic for the top edge, and some standard bra strap and band elastic, all in black. Since the band needs to be less stretchy, I doubled up the mesh there, but the cups are a single layer and the cradle is lined. I made a 34D in the longline version and didn’t bother making a proper muslin with this bra because I trust Amy’s grading; I wasn’t disappointed. The fit is fantastic. The cups are flawless and the cradle lays perfectly beneath my bust. I’ve had some issues in the past with bra fit when there wasn’t an under-wire present to cradle the girls, but I was pleasantly surprised by how well the cradle worked. Amy doesn’t call for adding stretch to the cup elastic, but I think my particular elastic could gave used a touch of stretch at the top; the scalloped trim doesn’t lie perfectly flat, especially under my arms. For my next version, I may lengthen the band by about 1cm, but otherwise I’m really happy. If it wasn’t so sheer I would have tried to model it for you, but you guys really don’t need to see the nips.

While I like the support it gives, it’s not a big, pushup-y padded bra that we’re probably more used to wearing. It’s more of a natural “these are my boobs, but prettier” look and I’m super into it. My explorations in bra making has taught me that I much prefer celebrating what I actually have, rather than trying to make the girls look like something they’re not, if that makes any sense. And not to be too TMI or anything, but the fella, who is not normally into lingerie, was pretty delighted when I flashed him. 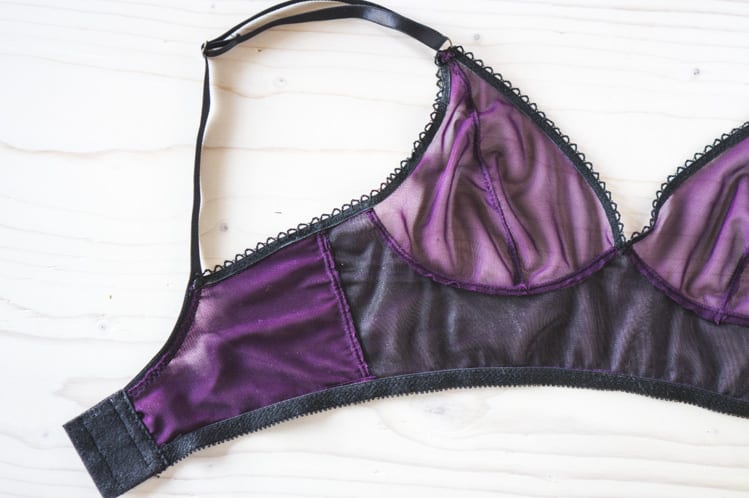 Construction wise, this is a pretty simple pattern to assemble. The instructions are really thorough and I think it’s a perfect introduction to lingerie making because there is no under-wire; in my opinion channeling is the hardest thing to sew but you don’t have to worry about it here. I have a bunch more planned since I can whip one up in a few hours – I have this crazy silver spandex that I’d like to use to make a pretty bralette with a regular band to wear under drapey tops. The pattern also includes a pair of bikini undies (I will NOT say the “P” word) but my big booty is really a boy shorts only sort of situation so I didn’t bother making a pair. I’d like to make a matching pair of Ladyshorts with some leftover mesh so I’ll have a matching set since that pattern really works for my caboose.

Anyway, I really, truly love this pattern. It’s a unique design and a great alternative to more traditional bras. What about you? Think you’d like to give the Watson Bra a try?