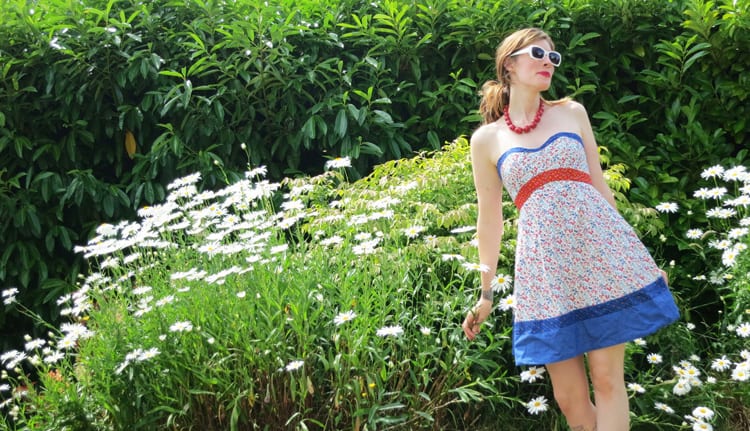 Today I’m happy to share a wee interview I did with my pal Seamstress Erin. We met when she interviewed me a while back on her blog for her “Sewing and Style” series, and we’ve been friends ever since. Erin launched her own pattern company this year, and I was struck by her strong mission statement and vision for her business. She had a hit this summer with her Nautilus swimsuit (along with an epic sewalong), and it looked great on everyone who made it. I think her big ol’ heart shines in everything she does.

I may be crashing on her couch sometime in the near future, so we were a little bummed we weren’t able to conduct this live and in person, preferably after a few glasses of wine. Alas, you’ll have to take us sober and via email.

You recently made the jump from full-time student to pattern designer. Did it feel weird to make a huge shift like that after working so hard to get your PhD?

Everything about my life in the last year has been weird! In the span of a little over a year I finished graduate school, moved from San Fransisco to a small island outside of Seattle, got married, turned 30, traveled around the world for 4 months, bought a house, and started a business. I’m still getting used to my new normal! So yes, the huge shift has been weird but it has been amazing. What stands out as the biggest change through all of it is that I am happy now. I really struggled in graduate school – I was unhappy and overwhelmed and had depression and anxiety – but I made it through to the other side and all of the struggles feel worth it since I’ve made it to such a happy place in my life.

Do you think you’ll ever be interested in working in the scientific field again?

I’ll never say never, but not right now 🙂 Some of the reasons I got into science haven’t changed – I do love science and I’m a total nerd at heart. I will say conclusively that I won’t be going back to research science, but I did a lot of volunteering in science education while I was in graduate school and loved working with teachers developing science curriculum. I also did a fair bit of science writing on the side and enjoyed communicating science with others. I don’t know what the future will hold, but I wouldn’t be surprised if I brought some more science back in to my life at some point. In the meantime, I occasionally draw directly on my love of science for science inspired art.

I think your patterns have a strong emotional concept behind them. What is your mission and how does it affect your designs?

One of the reasons that I went in to science is that I wanted to have a positive impact on the world and I think I can have just as much of a positive impact on the world as the owner of SeamstressErin Designs. My mission is to “change the world by empowering women, one sewing pattern at a time.” To do this, I keep my corner of the internet a safe, supportive, positive, and non-judgemental place. I design patterns in a broad range of sizes and firmly believe that every woman has the right to feel beautiful in her own skin. I also donate a portion of my profits to charities benefitting disadvantaged women.

How do you think your scientific background has impacted or helped your patternmaking skills?

A pattern tester was recently teasing me, telling me that she could tell I had an academic background because the drafts I send to testers have so few spelling and grammar errors 🙂 As a scientist, I spent a lot of time writing protocols and working from protocols that others have written and I think that directly carries over into my ability to write clear sewing instructions. As a scientist you also have to be both iterative and innovative and patternmaking is benefited from both of these skills – I make repeated small changes that build on each other until I get the pattern I want, and sometimes I have to scrap it all and take a totally different approach.

What has surprised you the most about designing patterns?

The thing that has surprised me most is how little time I actually spend designing. The design stage is over so quickly and then it’s on to pattern development, grading, instruction writing and illustration, testing, and blogging a sew-along. Not to mention the business-y stuff like maintaining the website, accounting, marketing, and so on. Being a “pattern designer” is really only a tiny part of what it takes to run a business.

What has been your biggest struggle or obstacle since you got started?

Settling into a routine has been hard. We moved four times in the first six months of this year and I work from home, so that had a pretty big impact. Since we bought a house I’ve taken quite a while to get my sewing studio in order (it’s sooo close now!) and I’ve spent a fair bit of my days getting our house in order. My next goal is to focus on developing a work routine!

What is your favourite part of the creative process?

Making tangible things. I am fueled by the amazing feeling that comes when I can hold something in my hands and say “I made this.” 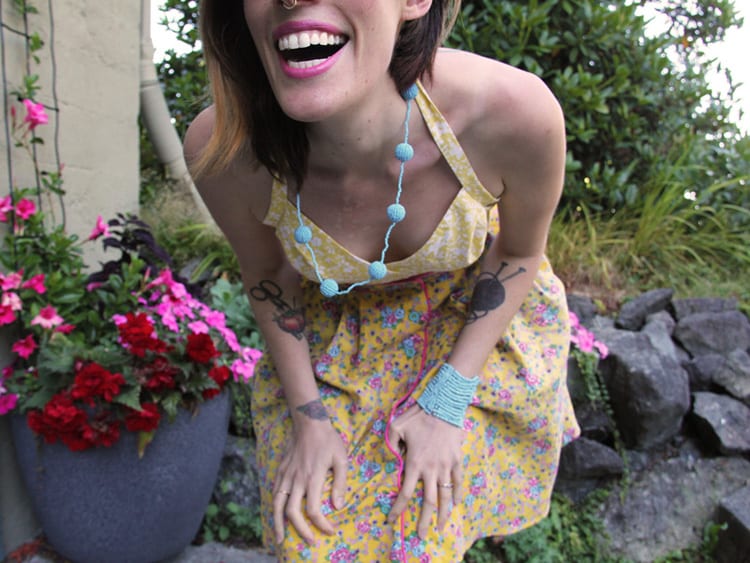 What books, resources or tools could you not live without?

What advice do you have for anyone looking to make the same leap?

There’s never a perfect time. I desperately wanted to start a business several years before I did but my decision to stick out graduate school prevented me from doing so. If I were to sketch out an “ideal master life plan” it certainly wouldn’t have included starting a business in the midst of so many other major changes, but that’s when it fit in to life so that’s when it happened. So I guess my advice for others is to be patient if it’s a time when you “can’t” and jump on it if it’s a time when you “can” because if you wait for “perfect” it will never happen.